Yet again I am continuing with the series of articles in which I am describing my own path into wargaming and how nowadays I am introducing the new adepts into that wonderful hobby. Enjoy!

The time has come to focus on the most complex and demanding titles I am playing. Only couple of my friends managed to go through all the way from light/entry positions through medium-complex up to what I am presenting below. Still, these are my most frequent opponents and I am profoundly glad I have such good companions – also nowadays, in time of forced lockdown, playing via Vassal mainly.

As always this is my purely subjective recommendation, not a ranking. Also, what is worth mentioning, each below title requires several plays to get the full scope, depth and to feel the subtleties it brings with. But with each below position you will for sure not be sorry – that will be time well invested!

I was always interested in history and had a lot of fun with games – be it board ones or computer ones, like Europa Universals – which allowed you to change the flow of history on macro scale. You call such games “a sandbox” ones – like in the playground where you can move pieces pretty freely. Cataclysm definitely is one of such.

The conflict depicted is Second World War, and we have 3 ideologies (Democracy, Fascists and Communism) struggling for victory. Each ideology has particular countries within – like Germany, Italy and Japan creating fascists block.

You can play quite a few scenarios to learn the game – introductory one, Barbarossa, Pacific Theater, alternative history. But the best one is of course a full Cataclysm – and it is only up to you to change the way history went! I really like how the political, industrial and combat elements are combined. There is some random  factor but it is mitigated by the sheer number of elements where you have to use dice – it evens out in the end.

I strongly encourage you to try it – with update rules and mounted map that title is even better and you can test it also on VASSAL! 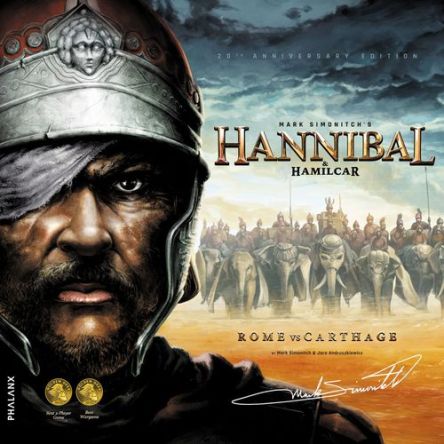 Hannibal & Hamilcar is a 20th anniversary edition of the classic game Hannibal: Rome vs. Carthage. This is asymmetric, 2 player CDG (card-driven game) which depicts the largest conflicts of the ancient history – Punic Wars.

What more can I say? Great climate – the rules, the elements, the mechanics – all makes you feel like you moved in time 2000 years and immersed in Roman Republic period. What is more, we have two games here – First and Second Punic War – in price of one!

The elements, especially plastics figures, are really well and nicely made. The game has tons of scenarios plus three introductory campaigns – that definitely extends the replayability of the position. Event give a nice touch to the game and the battle resolution is a game within the game.

Still, the challenge stays – how to play with Hannibal and win? It is really tough nut to crack but with every defeat you just want to try from the start other strategy! I spent many hours playing that game and I am never tired to try it one more time. 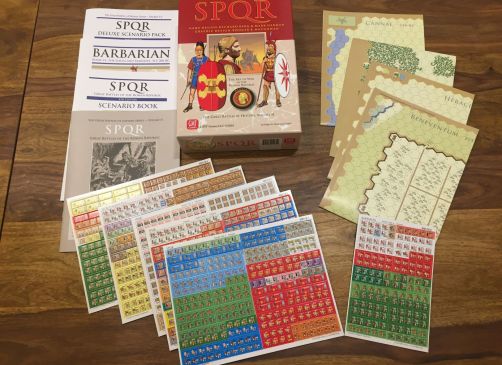 A pure wargame, using counters, combat resolution table, flanking, infantry & cavalry, etc. – one of the most orthodox games and very successful series.  The full version has pretty many rules but I definitely prefer this to simplified one – I really feel than that I am able to some extent simulate the battlefield actions.

Out of multiple volumes, I own three which are most interesting from thematic perspective to me:

What I also like that the game has both huge, mind-blowing scenarios like Gaugamela or Cannae but also smaller scenarios which can be quickly played in hour or two – mainly from Cataphract volume.

The only downside is the amount of counters you need to use to reflect all states of units but in the long run you get proficient with this! In the end, this is great simulation, especially of ancient battles – I come back to it whenever I have a willing opponent to play.

Well, I have to admit – it was so hard to to choose the top 3 complex games, that I need to add a very short and brief addendum… about the 3 games which are “just outside my top 3”. I simply like them too much 🙂 Also, two first of them are rather political games so might not fit the “wargames” theme.

So, that concludes my mini series of Light/Entry, Medium-Complex and Advanced Wargems. I like them all, play them all and what is most satisfying – I managed to introduce them to multiply boardgamers. I am really addicted to wargaming hobby and I am proud of it 🙂

PS. However, there is still idea in my head to continue with series and talk also about solitaire and travel-friendly wargames. We shall see…

Leave a Reply to The Boardgames Chronicle Cancel reply